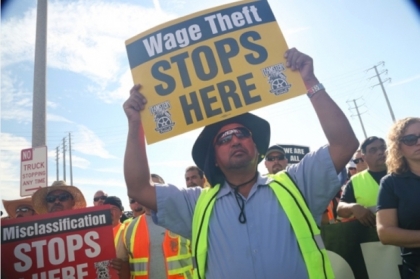 You love your job, and you like the people you work with, but you’re not sure how much longer you’re going to be able to keep working there. It seems like you’re getting paid less with each paycheck, despite giving 40 hours (or more) of your life to your boss every week. Is everyone in California experiencing this kind of disappointment, or could there be some other explanation for your dwindling earnings?

In this article, I address the following issues regarding wage theft:​

Here are just a few ways workers lose portions of their paychecks day by day:

Many times, the wages that are stolen from you are much less than penalties you're owed under California wage laws

In many cases, employer wage theft is responsible for the reduction in the fair pay a worker has been promised. Employers may cheat workers out of dollars per day, which amounts to major monetary losses as workers provide years of faithful service to their employers.

Because Bill is known as a no B.S. straight-shooter lawyer

Here are just a few ways workers lose portions of their paychecks day by day:

An employer may attempt to dock a worker’s pay for uniforms, cash shortages in registers, differences between disputed sales prices, damage to workplace merchandise or equipment, portions of other employee’s salaries, or various fees.

The California Wage Orders prohibit employers from taking deductions from your wages or requiring you to reimburse the company for cash shortages, breakage or loss of equipment.

Section 8 of all the California Wage Orders prohibit illegal deductions of wages:

No employer shall make any deduction from the wage or require any reimbursement from an employee for any cash shortage, break- age, or loss of equipment, unless it can be shown that the shortage, breakage, or loss is caused by a dishonest or willful act, or by the gross negligence of the employee.

If the company tries to make you or other employees responsible for cash shortages, product, loss of equipment and/or breaking of equipment, then you probably have a valid case against the company for wage theft under California law.

There are many ways employees can be cheated out of meal and break times. These range from not being given any breaks on a shift, asking employees to remain available or continue to work on a break, or requiring workers to clock out for all breaks even when work is still being performed.

1.   Employers must relinquish all control over you.

2.   Employers must relieve you of all duties.

3.  Employers must give you a reasonable opportunity to take a meal break.

4.  Employers must not do anything to impede or discourage you from taking a meal period.

This is all based on the California Supreme Court case - Brinker vs. Superior Court. I know a lot about this case and these duties because I represented the workers in the Brinker case. Fact is, there are a lot of ways that employers breach these duties. You are owed an hour's wage when you aren't provided a meal period.

Getting your unpaid wages settlement check - making it all worthwhile.... Yes!!!

Under California law you are supposed to get a rest break every 4 hours or major fraction thereof.

Employees have to provide you a "net 10 minutes" break at a suitable resting facility. Part of your break time can't be spent walking to and/or from the break room. Just like with meal breaks, there are many ways employers don't provide workers with legal rest breaks.

Many employers violate California's rest break laws. You are owed an hour's wage, every time your employer doesn't authorize and permit a rest break.

Employees are often entitled to reimbursement for certain business expenses, such as mileage, cell phone costs, uniforms and work attire, and other expenses incurred as a part of the job. However, many employees are never told that reimbursement is an option, or are delayed or denied reimbursement until the employee simply gives up.

For example, if you use your personal cell phone for work calls, checking your email, or receiving work texts, then the company has to reimburse you for this under California law. The same is true for your home computer or ipad.

Or, if you have to use your car for work tasks, then you have to be reimbursed for your mileage.

Truth is, you're supposed to be reimbursed all of your business expenses.

These are called 2802 claims, after California Labor Code Section 2802.

Under California law, you must be paid for all time that you are under the control of your employer.

Many employers require workers to perform certain duties before and after their shifts, and may neglect to pay employees for these mandatory tasks. Employees may be forbidden to clock in before they are dressed in work attire, have passed through security, or have washed their hands. Workers may also be required to clock out before performing end-of-shift tasks, including: Cleaning workstations, setting up for the next shift, counting money, or dropping off supplies and deposits. Some employers may even warn employees that they have gone over forty hours, and require them to clock out to continue working in an effort to avoid paying overtime.

One common way that employees work "off the clock" is waiting in security lines and bag check lines, when they are not getting paid. Or having to walk through the plant, warehouse, factory, retail store and/or hospital before clocking in.

Another example, is the failure to pay for travel time. Employees are required to be paid for any travel time that is not a regular commute, even if the employee is traveling with another worker or in the employer’s vehicle.

Here is a great article that discusses companies not paying for all of the time that you work.

This is also called, "Automatic deduction of your lunch break." What companies do is that they automatically deduct your meal break, even if you didn’t get a meal break.

Auto-meal deduct systems are illegal in California. No matter what industry.

Basically, they are using 1950's principals with modern timekeeping systems to steal your wages. When the company “rounds” your time - you better believe that your wages are probably being stolen. It’s best if you think of these time rounding systems as a casino in Las Vegas. The casino always wins.

Do you really think the company is using 1950's rounding technology if they weren’t coming out ahead?  Not a chance.

This works in a variety of ways. The old fashioned way is for the supervisors to go into your time records at the end of each week and “shave” a few minutes here and a few minutes there.

Timekeeping systems allow supervisors to alter your time records. Or they will insert a meal period when you really didn’t get a meal period.

You should be aware that all of these tactics are illegal under California wage laws—and if your employer is found guilty, you could be owed thousands of dollars in back pay.

Many times, the wages that are stolen from you are much less than penalties you're owed under California wage laws

The pay that is stolen from you through wage theft is oftentimes much less than the penalties that you're owed under California's strict wage laws. In addition to the pay you're owed, you're also owed pay stub violations and waiting time penalties.

Since your employer didn't pay you all the wages that you are owed, then you are entitled to paycheck stub violations. California Labor Code Section 226(a).

Since all of your wages weren't paid timely at time of termination, you're also owed waiting time penalties. California Labor Code Section 203. The waiting penalties you're owed are up to 30 days pay.

For example, if  you made $15 an hour your waiting time penalties are as follows: 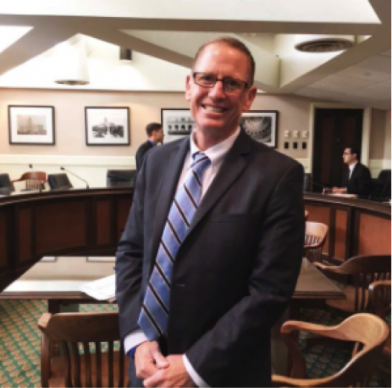 One of the worker protection concepts in the Brinker decision that keeps getting repeated again and again:

In the Brinker case, the California Supreme Court laid out the duties that California companies have, including providing meal periods and rest periods to workers.