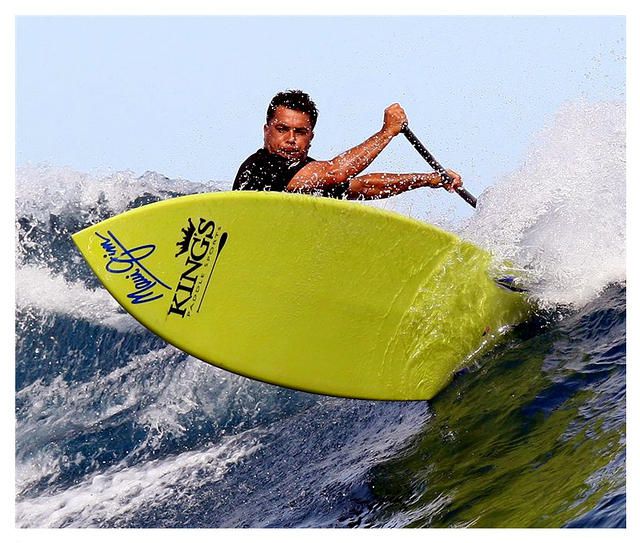 King's Stand Up Paddle Boards - The BEST SUP'S for Surfing (If you want to RIP!)

First thing I need to tell you is that I am in no way affiliated with King’s Paddle Sports or any other paddle board manufacturer.  I am a surfer and paddleboarder. I have been in the water my whole life.  I have the privilege of living in North County San Diego.  Mostly I surf Cardiff and Solana Beach. As you might have gleaned I am also a Maritime Lawyer.  Meaning, I represent workers and passengers injured on boats, ships and the shipyards.

But this webpage is not about me. It is about King’s Paddle Sports SUP Boards.  This is a testimonial of sorts.  One of the surf breaks where my family and I surf a lot is Cardiff Reef.  For those of you that are not from San Diego or Southern California, Cardiff Reef is a really fun wave. Although I have surfed it when it was approaching 20 foot faces, it is usually a mellow family style surf break.  That being said there are many, many really good surfers and paddle board surfers that hang out at the Reef.

In a nutshell, time was, I could catch A LOT of waves at Cardiff Reef on my longboard. In the last few years, that has become harder and harder. And not because I don’t surf as well as I used to.  Because paddleboards can and do dominate Cardiff Reef on most days. I went from being one of the surfers that caught a zillion waves a session to watching the paddle boards rip wave after wave.  Which, of course, sucks.  I still caught waves - but I don’t drop in on the paddle boarders. Neither should you.

Now that I have a King's Paddle Sports SUP Surf Board - it's a whole NEW DAY!

Which is why I decided to start to SUP surfing.  I did a TON of research on what SUP board I was going to buy.  I borrowed many boards and tried them out. I spoke with dozens and dozens of SUP guys and gals that rip in the surf.

It became apparent that there was a leader in the SUP surf industry and then there was everyone else.  EVERYONE I spoke to raved about King’s SUP boards.  And I saw everybody and their grandmother (literally) that had a King's SUP board ripping in the surf. I am not kidding about that.  On any given day at Cardiff Reef you will see kids from 14 to grandmothers in their 60's ripping up the surf on King’s SUP surf boards.

SUP’s are expensive.  I didn’t and YOU don’t want to put a bunch of money into a clunker board.  So don’t.  Do yourself a favor and go get a King’s Paddle board. If you want to play on flat water - the King’s boards do great. If you want to surf - and I mean SURF - then King’s SUP boards are the best there is. Period.

These are not SUP boards. These are surfboards that you happen to stand up on.  These boards are made to slap off the tops, to surf from rail to rail, to be goofy on, to be down the line serious on. They do it all in the surf.

Again, Kings’ hasn’t asked me to do this and they don’t know I am putting up this web page.  However, I will tell you this.  Everybody on the beach loves Dave and his wife Rhonda.  As an aside, they are both VERY, VERY good decent people. And they both RIP!!!!

By The Way And Did You Know That The United States Coast Guard Considers SUP’s to be Vessels?

On OCT 3, 2008 the Coast Guard made the determination that “paddleboards,” actually Stand-Up Paddleboards (SUP) are considered “vessels” and subject to certain boating safety regulations.

According to the U.S. Coast Guard directives I have seen, the USCG won't mess with you if you are on a SUP in the surf or on the beach.  However, when you are on open water or in channels, the USCG does and will treat you like a vessel. Meaning, you are under the jurisdiction of United States Maritime Law.

What boating safety regulations apply to a SUP?

Like any paddlecraft, a SUP operating outside a surfing or swimming area is subject to the NAVRLES, carriage requirements for PFDs, VDS, sound producing device, navigation lights, and accident reporting.

How Realistic Is This?

That is hard to say. But how often are you carrying running lights and a whistle on your SUP? However, you need to know that if you are in a shipping channel (think Ralph’s off Point Loma or Ala Moana Harbor) then you really need to stay out of the way of other vessels.  Otherwise, you may be visiting with the USCG. And that is no day at the beach.

King’s SUP boards are the BEST SURFING STAND UP PADDLE BOARDS. If you want to RIP in the surf with a SUP board get a King’s SUP Board. 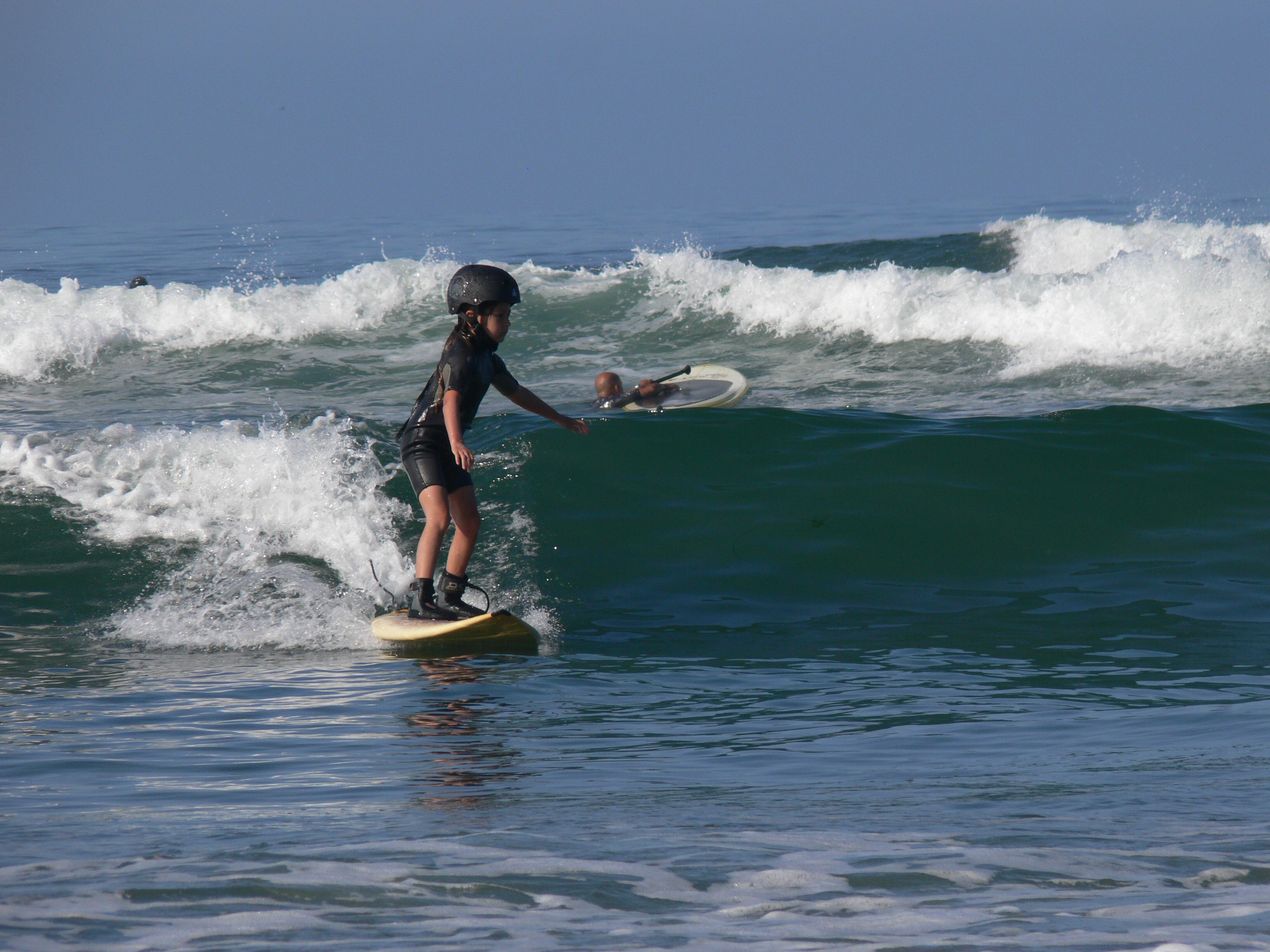 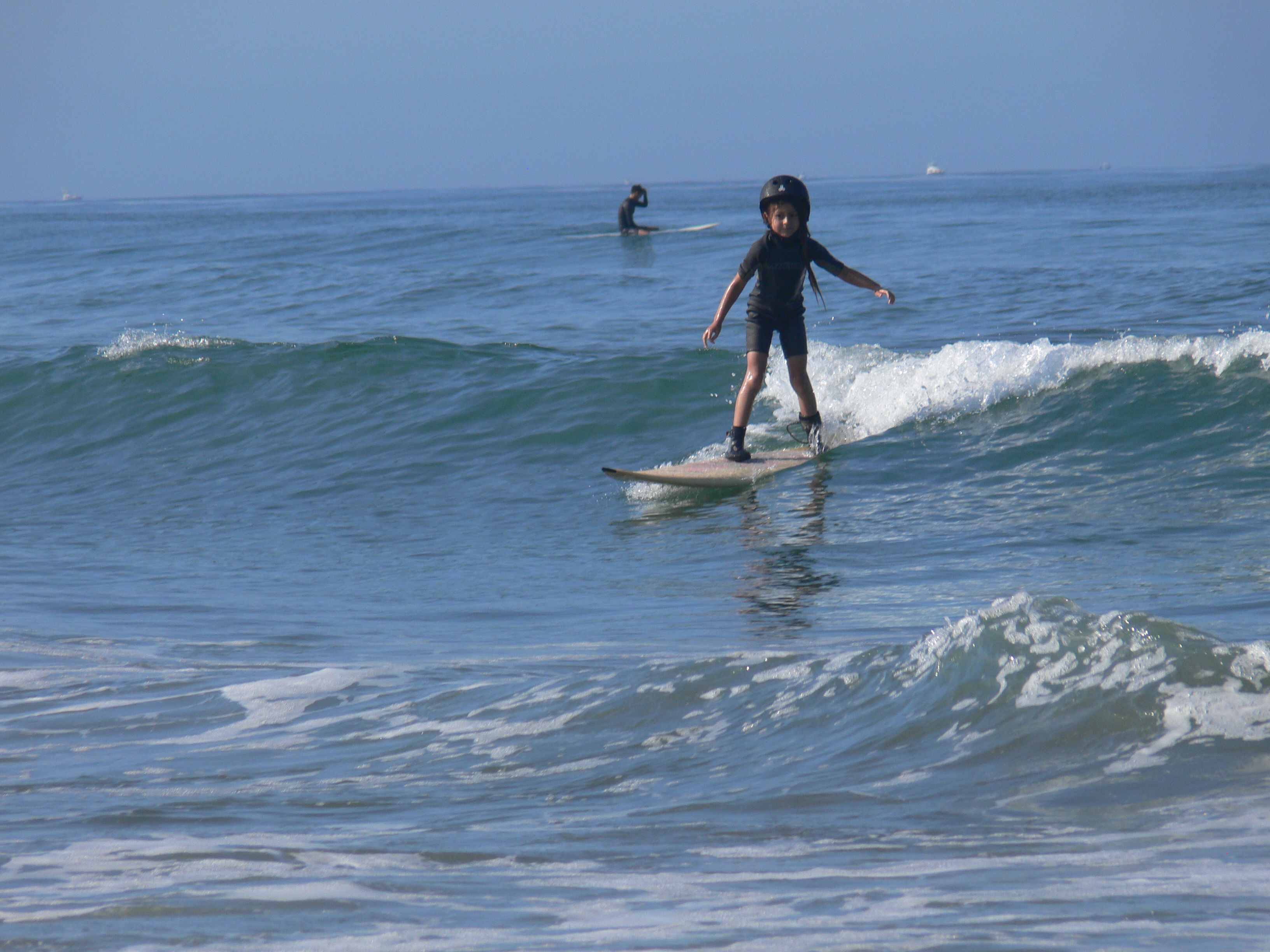 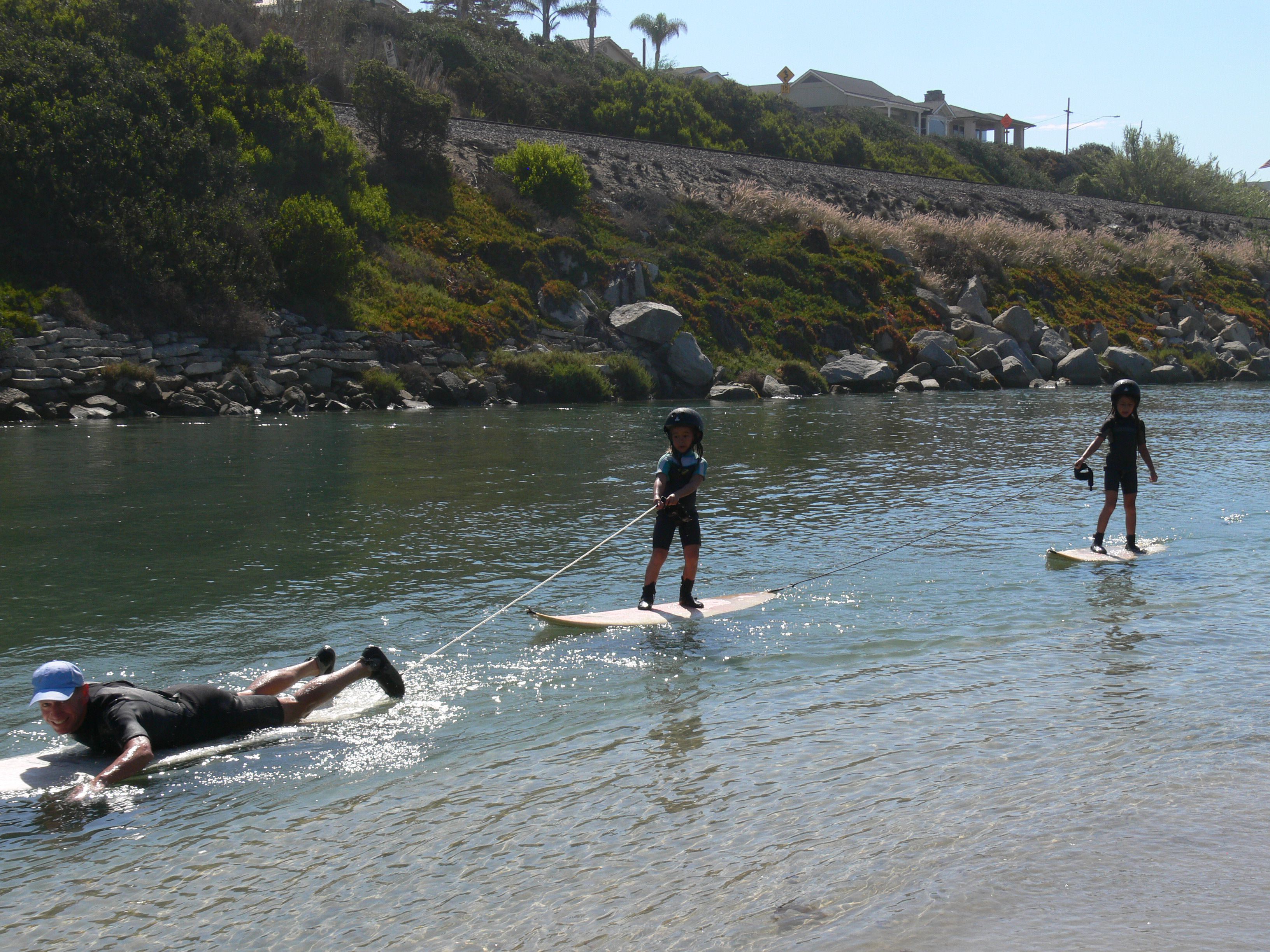 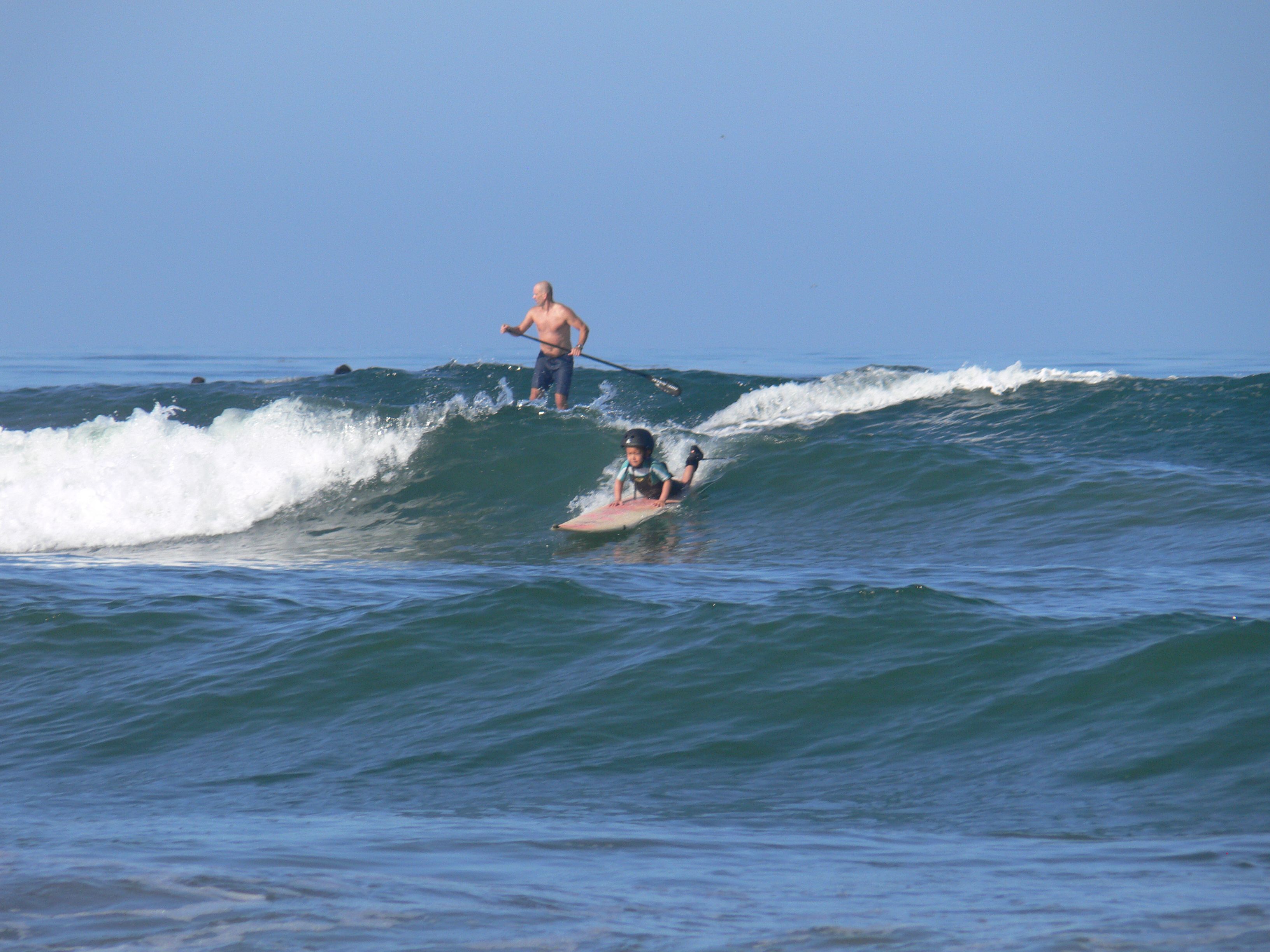 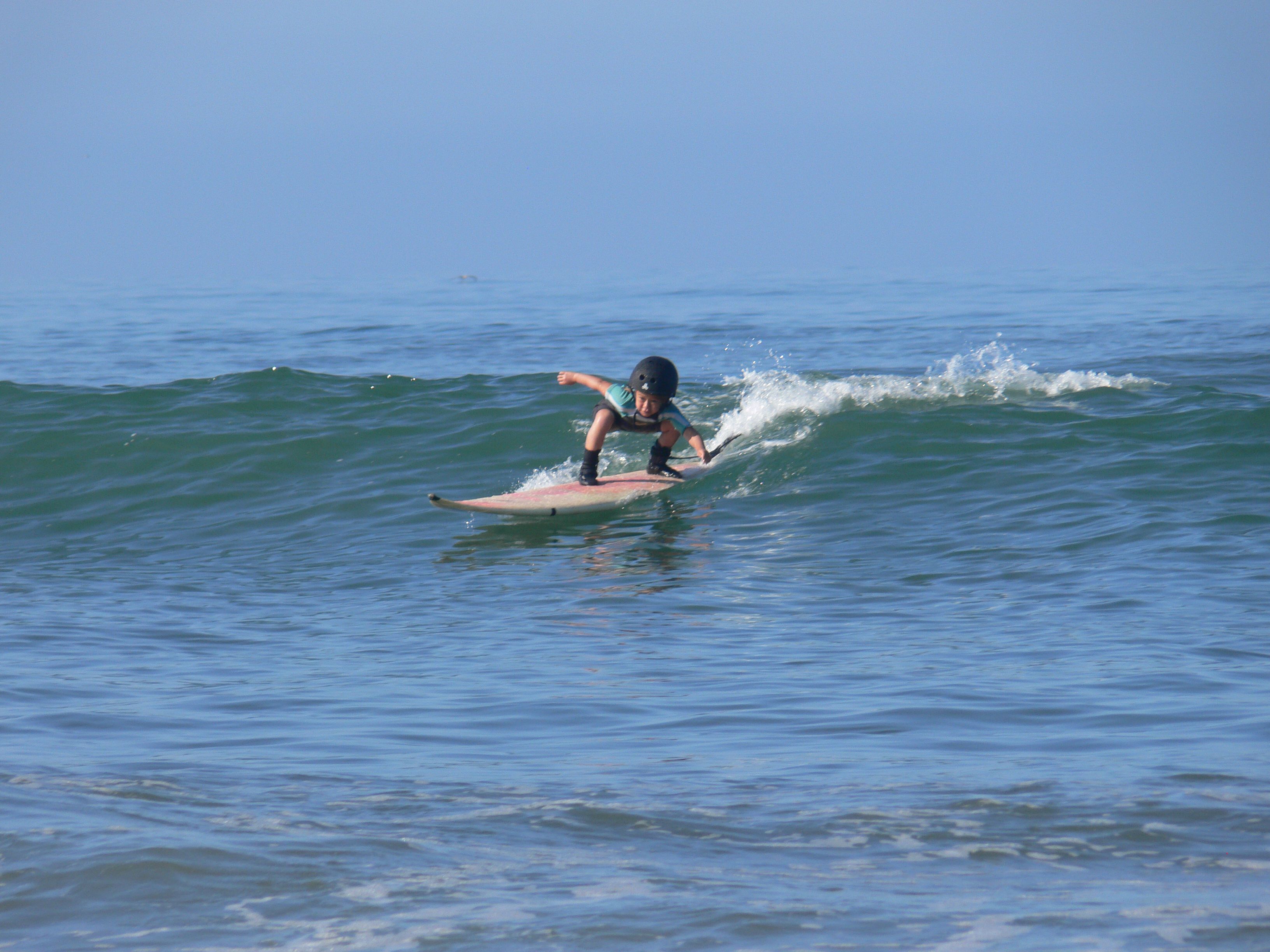 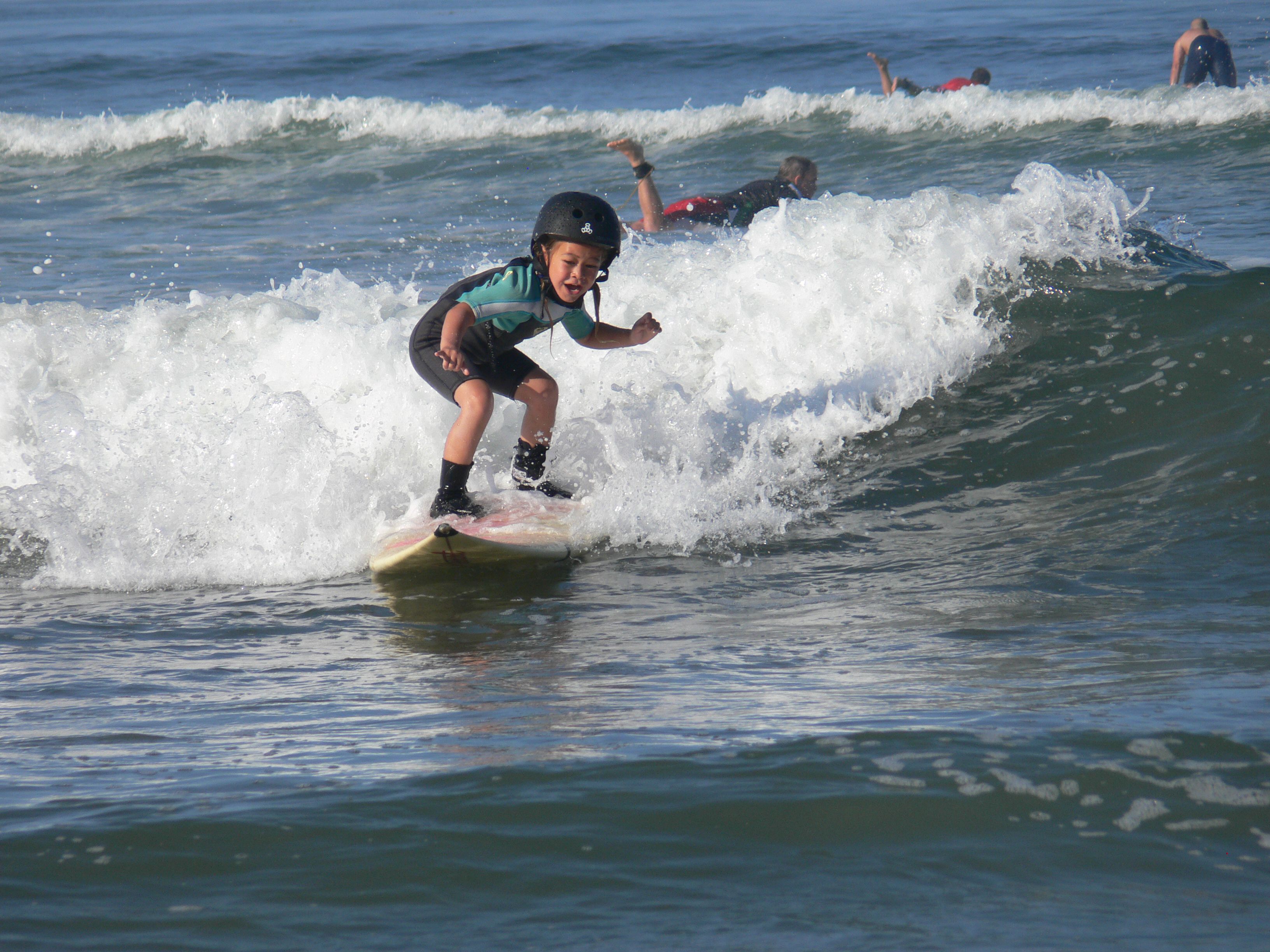 They are just about old enough to start ripping on KING's SUP Boards in the surf. Stay tuned.