What is maximum medical improvement under the Defense Base Act? 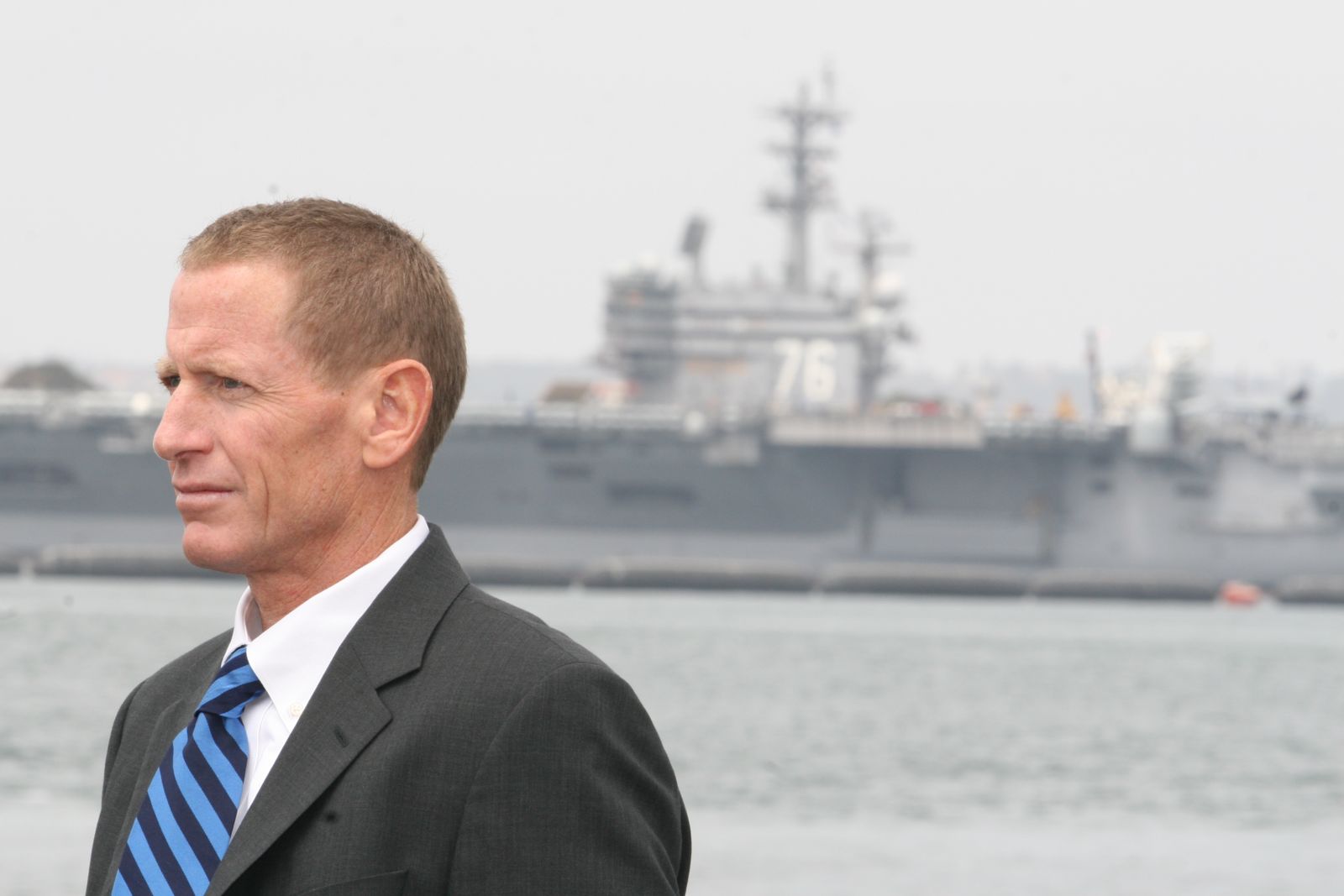 What is Maximum Medical Improvement (MMI) under the Defense Base Act?

One of the terms that you might have heard is “maximum medical improvement” or MMI.  Some workers compensation systems call this "permanent and stationary," or "being released by the doctor."
In this article I explain maximum medical improvement (MMI) under the Defense Base Act. I not only give you the practical, but I provide you with legal authority for what I’m saying.

You have a Defense Base Act court case

If you’re a seriously injured overseas civilian contractor, then you have a Defense Base Act case.  I say case, because it is a court case.
You are now up against a DBA insurance company.  They are going to try and use the legal system to beat you in court. No matter how nice the DBA insurance adjuster is, they are now your adversary.
You are trying to get all the DBA benefits that you are entitled to under the law.
Simply stated, the DBA insurance company is looking to do two things. First, find a reason to deny your claim and not pay you any more benefits. Second, to try and pay you as little DBA benefits as possible.
I realize that you probably aren’t hearing this from too many other places. But, people come to me and read my book - Win Your Defense Base Act Case because I’m known for being straight-up, but also because they no I’m going to tell them the way it is with no B.S.
This article is no different.
I suggest you read this article on DBA Questions.

All lawyers suck, don’t they?

Heck, my Dad thought this.

Because of this, a lot of folks try and represent themselves with their DBA case. And, unfortunately, they tank their case. They end up falling for one of the DBA insurance company’s tricks and traps. And they jack up their case.

I’ve seen it time and again over the years. That’s why I wrote the book - Win Your Defense Base Act Case.

I strongly suggest that you read this book BEFORE you try and represent yourself, talk to the DBA insurance adjuster, sign any forms or give a statement or do anything else that will jack up your DBA case.

You might also want to check out these reviews of the book on amazon.com.

Disability under the Defense Base Act

The DBA is an extension of the Longshore and Harbor Workers Compensation Act. (Longshore Act or DBA).  Thus, a lot of the law for DBA cases, comes from Longshore Act cases.
The concept of disability under the LHWCA is based on two classifications, the nature or duration of the disability (temporary or permanent) and the degree of disability (total or partial). The date of "maximum medical improvement" -- the point when the injury has healed to the full extent possible -- marks the end of the temporary period of disability; thereafter any remaining injury is considered permanent. Palombo v. Director, Office of Workers' Compensation Programs, etc., 937 F.2d 70, 76 (1991); 33 U.S.C. § 908(a)-(e).
The crucial inquiry in assessing the nature of disability is whether or not your conditions have reached maximum medical improvement (“MMI”).  At the date of MMI, a temporary disability becomes permanent. Palombo v. Director, Office of Workers' Compensation Programs, etc., 937 F.2d 70, 76 (1991); Stevens v. Director, Office of Workers' Compensation Programs, 909 F.2d 1256, 1259 (1990).
I suggest you check out this article: What is “nature” and “extent” of disability under the DBA?

What is maximum medical improvement under the Defense Base Act?

You have reached MMI and the disability becomes permanent when :
(1) “the injury has healed to the full extent possible” and normal and natural healing is no longer likely, or
(2) the condition has “continued for a lengthy period, and it appears to be of lasting or indefinite duration, as distinguished from one in which recovery merely awaits a normal healing period.”
Stevens v. Director, Office of Workers' Compensation Programs, 909 F.2d 1256, 1259 (1990); SSA Terminals & Homeport Ins. Co. v. Carrion, 821 F.3d 1168, 1172-73 (2016).

Whether your disability will resolve after a normal and natural healing period?

“Under either test, the question is whether the disability will resolve after a normal and natural healing period.  If the answer is yes, the disability is temporary.  If the answer is no, the disability is permanent.”  SSA Terminals & Homeport Ins. Co. v. Carrion, 821 F.3d 1168, 1173 (2016).
After a protracted period of disability, the prospect of a hypothetical future surgery and its anticipated benefits does not transform an otherwise permanent disability into a temporary one for purposes of the Longshore Act (Defense Base Act). SSA Terminals & Homeport Ins. Co. v. Carrion, 821 F.3d 1168, 1173-74, N.1. 33 (2016).

You shouldn’t do anything until you read my book - Win Your Defense Base Act Case.

I strongly suggest that you don’t do anything regarding your DBA case until you read my book. In fact, many of the reviews on amazon.com

will tell you the same thing.

You can get your free book here.

MMI - what it means in plain English

Maximum Medical Improvement (MMI) is when a doctor has indicated that you have reached a point where you have healed as much as you are going to. You’re as good as you’re going to get.
This is the point in the case, where the doctor will indicate if you have any permanent restrictions.  If you have a scheduled injury, your doctor will need to provide an AMA Rating, in order for you to receive permanent disability benefits under the DBA.
If you have an unscheduled injury under the DBA the important part is whether you doctor says you can return to your usual and customary employment overseas.
This is the "money" part of your case, so to speak.  I cover all of this in my book - Win Your Defense Base Act Case. You can claim your free copy of my book here.

What's the issue? Generally, the DBA insurance company wants you to be declared MMI as soon as possible

To a DBA insurance company, a closed file is a good file. Meaning, the DBA insurance company wants to stop having to pay weekly disability benefits to you.
The DBA insurance company adjuster will sometimes put pressure on your treating doctor to have you declared MMI.  This is so they can stop paying you compensation benefits if you have no permanent disability or they can start to being the process of resolving your case.
There are problems here for you.. One, it often means that the doctors are going to stop trying to treat your injury in order to get you better, or at least to a better place.
Two, if you have a scheduled injury under the DBA, you will only be entitled to a certain number of weeks of compensation. The quicker you are declared MMI, the quicker you will be cut off from receiving DBA compensation.

What can you do if the adjuster is pressuring your doctor to declare you MMI?

If your doctor starts to hint or suggest that they are going to "release" you soon or have you declared MMI (or permanent and stationary); then you need to have your discussions with your doctor BEFORE it happens.  Once your doctor releases you it is hard to un-ring the bell, so to speak.
Be straight-up with your doctor. You need to tell your doctor you need to get better, want to get better, etc. Discuss alternate treatment modalities / options. What else can be done?
Often times it is better for your lawyer to have these communications with your treating doctor. If you don't have a doctor, just about now may be the time for you to lawyer-up, so to speak.
Not to suggest that you can't do this, but it requires tact. If you're going to be the one discussing this with your doctor, then here are some ideas.
First, you have to be dutifully following your doctors treatment protocol. Physical therapy, home exercises, group counseling, whatever.  You should let your doctor know that you are. If you aren't following the treatment protocol, be sure to tell your  doctor why and/or what the issues are.

Don't do anything until you read my book!!!

Before you do anything related to your DBA case - including, but not limited to - talking to the insurance adjuster, signing any forms (do not sign any forms, releases, etc.!!), giving a statement (don't give a statement!!!), going to your next medical appointment, attending an informal conference, attending a Labor Market Survey meeting, giving a deposition, attending a defense medical exam (also called an IME)... or anything else related to your DBA case - - you MUST first read my 5 Star book - Win Your Defense Base Act Case.

Questions or if you need help right now?

These discussions and/or examples are not legal advice. All legal situations are different. These testimonials, endorsements, photos and/or discussions do not constitute a guarantee, warranty, or prediction regarding the outcome of your legal matter, or your particular case/ situation. Every case is different.

by William Turley [email protected]
Connect with me
“When I seek out professional advice, I don’t want B.S., I want it straight up. I figure you do also.”
1 Comments:
Thank You for having this website I truly appreciate the knowledge and please do contact me as I have a situation where there are wanting to put me on MMI and to discontinue my treatment. Thank You. Sincerely, Allen Fong
Posted by Allen Fong on December 5, 2019 at 04:21 AM