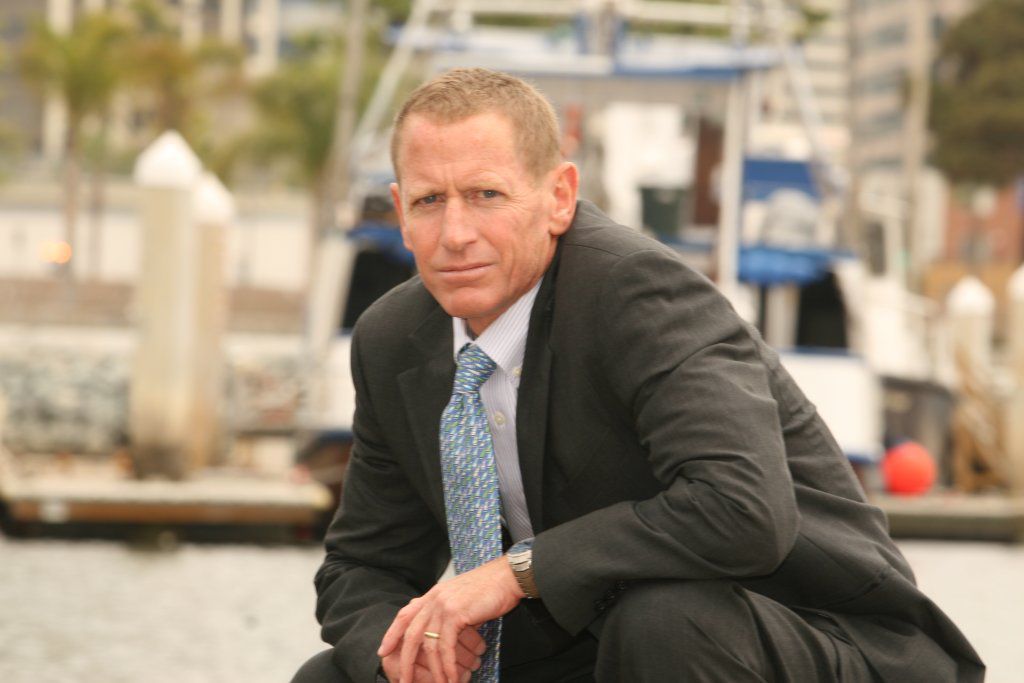 I was told that I shouldn’t wear a suit into the Union Hall, because the I.L.W.U. members would think that I was a PMA person.  So I didn’t wear a suit. I walked in wearing jeans and looking casual.

Of course, it didn’t matter.  I didn’t get 10 steps inside the Hall before I was asked, “Who are you?”  Which was quickly followed by, “What are you doing here?”  I could tell by the way that they were looking at me that they thought I was with the PMA. And if not with the PMA, a cop. I wouldn't call it a particularly warm greeting at this point.

I replied, “My name is Bill Turley and I am a Maritime Lawyer that represents Longshoreman.”  I took two more steps before I was asked again, by a different member, “Who are you?”  I explained that I had actually been invited to the Hall.

Within a few more steps, the Dispatcher was questioning what I was doing in the Hall. Of course, it was hard to understand what was being said over the loudspeaker, because it sounded like the Jack in the Box speaker, you couldn't hear a thing.

Within minutes of being yelled at over the loudspeaker, I was introduced to many regular members and people started to realize who I was. And people actually smiled and were really nice to me.

Unfortunately, I am not one of those men or women.

Questions About Local 10 and the PMA

I will also be the first to tell you that there are some things about Local 10 that I don’t understand.  For example, why is the PMA allowed into Local 10? I just don’t get it. Are Longshoreman allowed into the PMA to watch them? You would think that if the PMA is allowed into Local 10 , then Local 10 members should be allowed to watch and monitor what happens at the PMA.

I also realize that I just hear about the I.L.W.U - PMA arbitration system second hand. But, is the deck stacked against Local 10 on all really important issues with the PMA?   It is sort of like watching a football game and the referees are wearing the jersey of the opposing team and are on opposing team’s payroll.

I could be wrong making the assumptions and asking these kind of questions. And if I am, I would like to be corrected as soon as possible.

Please feel free to contact me ad correct me. Tell me how it really is.

by William Turley [email protected]
Connect with me
“When I seek out professional advice, I don’t want B.S., I want it straight up. I figure you do also.”
3 Comments:
Yeah it doesn't matter if you are big n strong or are a hard worker.it's good to have all that but LONGSHORE is very hard to get into.I work at the Vancouver Canada Port.Great job.
Posted by Robby on August 7, 2014 at 01:24 PM
Why is it so hard to get into Longshoreman jobs/union? I have my TWIC Im strong and a hard worker. I want to be able to work in this industry. Can Anybody give me a chance?????
Posted by Nate Williams on April 3, 2014 at 04:52 PM
Hello Mr. Turley, I to have transfer my case to your law firm, can't say it's different from my previous attorney but i'll try & answer your questions about Local 10 approachs to any stranger that enters our hall, certainly not because of FEAR of PMA, whom we all can identify on a regular basis @ the JLRC, Abritrations & every AM/PM dispatch, oh & our Chief dispatch can tell you why PMA is present ONLY, None of us are fearful of PMA for they are just Men/Women like we are but the difference is no Money can take our Love established for The ILWU, it is proven without The Union, the employer would have non-union scabs @ minimum wages working @ the docks, our past died for our today over 79 years ago & that Mr. Truley is why you should look @ Youtube Caltranes & Local 10 dispute of jurisdiction in 2009 when the oakland police attempted to pepper spray our BA & its all on camera, oakland police is on one side of the fence & local 10 on the other side, we are not fearful up in the Bay, Thank You.
Posted by brie on June 11, 2013 at 11:52 PM