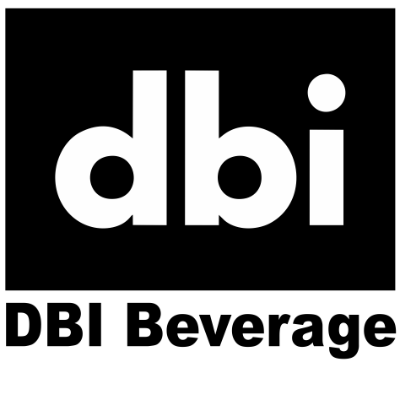 Another Case Against Another Beer Distributor

Once again we are taking on a company that has some pretty questionable company policies. For example, this company has an auto meal deduct policy (I’ll talk more about this later) and they have a policy that requires drivers to reimburse the company for cash shortages and missing beer. I would say that I can’t believe that companies so blatantly break California wage and hour laws - but, unfortunately, I see this every day.

If you have followed this website, based upon the lawsuits that we have brought and what we have seen first hand, this is actually quite common for California beer distributors. However, just like in other areas of the law—just because everyone does it—doesn’t make it legal. Not even close.

It’s just like telling the Judge that it is okay to run red lights because everyone else runs them. Good luck with that argument. It’s the same with almost every California beer distributor - just because they all break the law, isn’t a defense.

Turns out there is a new sheriff in town. Only we aren’t so new - we have been busting companies just like this for a long time.

Who Are These Guys?

Their company headquarters is in Tennessee. Once again an out-of-state company is running afoul of California’s strict wage and hour laws. No surprise there.

According to the class action complaint, DBI Beverage, Inc. steals wages from their drivers. This is a wage theft case. Like almost all beer distributorships in California - the company automatically deducts one half hour wages from the drivers each day. According to the California beer distributor class action lawsuit, the drivers are not receiving legally compliant meal breaks.

Under the 2012 groundbreaking California Supreme Court case, Brinker vs. Superior Court - an employer’s duty with respect to providing meal periods in California is very strict. The Brinker case changed the law in California.

The lawsuit reveals that DBI Beverage, Inc. is not only illegally automatically deducting meal breaks from the drivers - but also engaging in a lot of other questionable wage and hour policies and practices.

If you are a DBI Beverage driver or former driver - we want to hear your take. Please contact us so you can help us win this DBI Beverage, Inc. Class Action Lawsuit. We can talk to you in confidence.

Disclaimer: Nothing is certain in life or in law.  I (and no one else who is truthful can either) can’t and don’t guarantee any particular result. But what I can say is that my law firm has a rather impressive track record with California driver class action lawsuits. We have recovered thousands of dollars for thousands and thousands of California drivers (which adds up to millions and millions of dollars).

by William Turley [email protected]
Connect with me
“When I seek out professional advice, I don’t want B.S., I want it straight up. I figure you do also.”
6 Comments:
I was a driver in west Dbi beverage from 2007-2008, just ran into fromer co worker who said they received a class action lawsuit for us not taking lunches he said they should have included me in that lawsuit. I was contacted
Posted by Thomas Carter on July 4, 2019 at 08:46 PM
I was a merchandiser for dbi from 2008 to 2009, as a merchandiser we too also had an issue with management allowing break time for us! The DM at the time of my employment would constantly tell me that my breaks start from when I leave one account and arrive at another even if the account is 2 min away this is the same for my mandatory lunch break that my employer denied me, the company wants merchandisers and drivers to work through the lunch break to get the job done faster regardless of what the laws state or how tired we are!
Posted by Brandon on March 5, 2019 at 11:32 PM
I worked for DBI beverage and witness first hand them get rid of my manager for age discrimination. She was replaced by someone younger who had no clue what to do. I was let go and tried to find a lawyer because they said it was about a cash policy but I was the one who wanted one. Funny thing as soon as I was let go the policy started i pushed for. I have the letter to prove it. I never got a warning nor a write up just let go. They told me good luck finding a lawyer from the now GM. When I reported him for throwing papers in my face (and he called me the N-word) yeah like I walk around with a recorder. It was swept under the rug because HR and Him have worked together for over 12 years prior. Trust me if I find a lawyer I will pursue it.
Posted by TJ on January 22, 2018 at 04:54 PM
I worked at dbi beverages fairfield back in 2008 as a merchandiser they too treated us like crap automatically deducting meal breaks even when none were taken. The management would scold me for taking too long in the field because i took my lunch or tell me my lunch starts from the moment i leave one store and arrive at my next store, the stores were only minutes apart from each other!
Posted by BRANDON KEIL on January 30, 2017 at 11:45 PM
heard a rumor there might be a similar law suit against the bay area budweiser distributor.. worked there from 1978-1966.. any information on if there is a law suit.. thx
Posted by dennis b on August 27, 2016 at 04:28 PM
I'm a former driver for Dbi Beverage Fairfield. They did do a lot of shady practices & their hr lady was very shady. They were a revolving door for commercial drivers.
Posted by Mike on September 30, 2015 at 08:48 PM